The University of Oxford has unveiled its first massive open online course (Mooc), becoming the latest prestigious institution to join the Mooc movement.

Oxford – which took the top spot in the 2016-17 Times Higher Education World University Rankings – announced it will offer the economics course from February 2017 in partnership with edX, an online learning platform founded by Harvard University and Massachusetts Institute of Technology (MIT).

Since Moocs exploded in popularity in 2011, millions of students around the world have enrolled in the free, short courses, which are available to anyone, anywhere with access to the Internet. 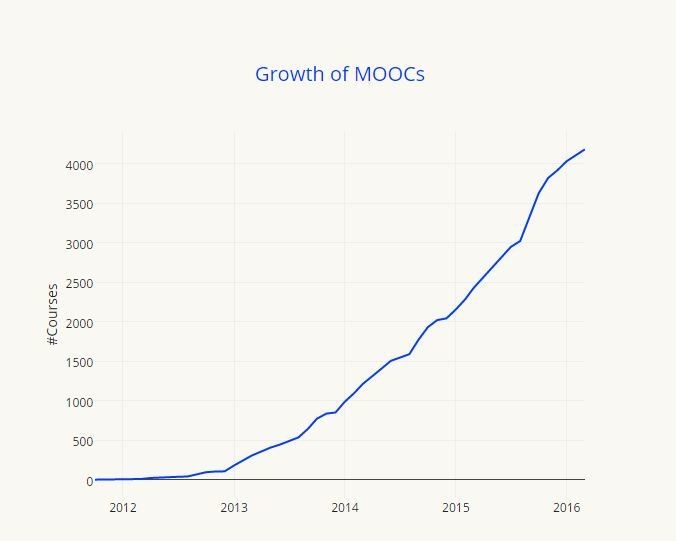 Mooc platforms such as Coursera, edX and Udacity in the US and FutureLearn in the UK have partnered with hundreds of universities, nonprofits and institutions to deliver courses. Coursera and edX dominate the Mooc provider market, with35.6% and 18.1% shares respectively. In 2015, Coursera had a total of 17 million students on its books.

Oxford’s Mooc, From Poverty to Prosperity: Understanding Economic Development, will be led by Sir Paul Collier, professor of economics and public policy at the Blavatnik School of Government.

The making of the modern Mooc

2011: Stanford University opens up three courses free to anyone with a web connection. One of these, a Mooc on artificial intelligence taught by Sebastian Thrun and Peter Norvig, attracts over 160,000 students. On the back of this success, Thrun and Norvig build a new business model for online education, Udacity.

2012: The popularity of the Stanford courses inspires more universities to offer Moocs, and two more platforms emerge: Coursera and EdX. The New York Timesdeclares 2012 ‘The Year of the Mooc’.

2013: The Open University creates its own Mooc platform FutureLearn, offering courses from UK universities. Other Moocs platforms pop up, includingOpen2Study in Australia and iversity in Germany.

2014: The number of universities offering Moocs doubles to more than 400. 22 of the top 25 US universities in US News World Report rankings now offer courses online for free.

2016: The University of Oxford announces its first Mooc, a move that will help to strengthen the credibility of Moocs.

Written by Rosamond Hutt on WEF