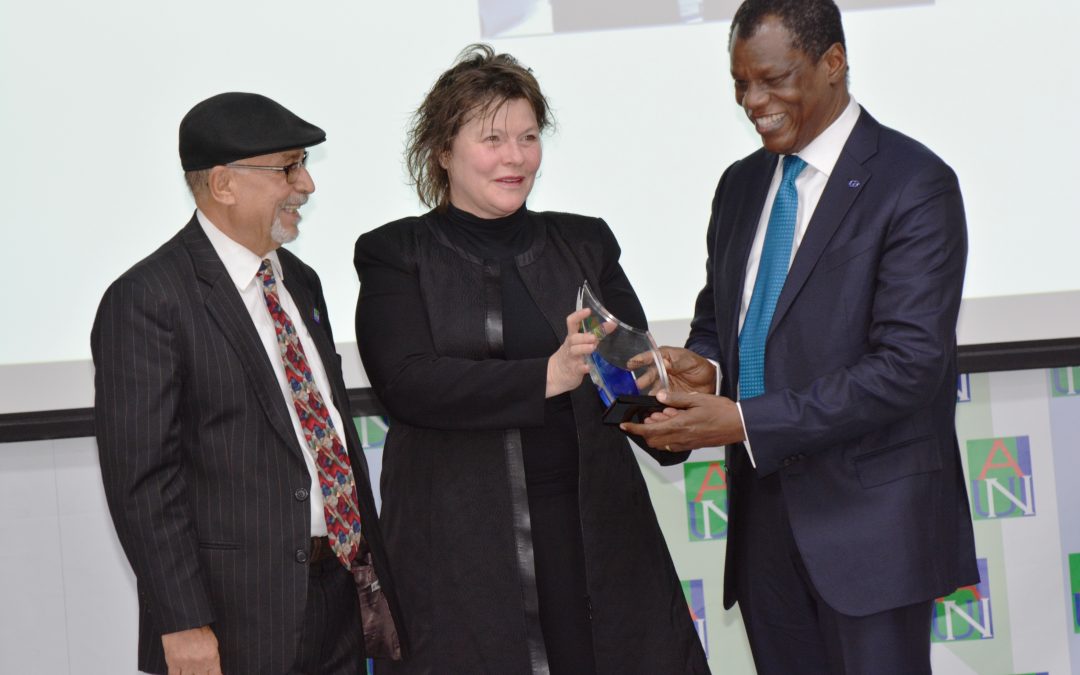 The Founder, CWG Plc, Austin Okere, the largest Systems Integration Company in Sub-Saharan Africa, has been recognized with the “life Time Entrepreneurship Award” by the American University of Nigeria (AUN). The award was presented by the Provost, Le Gene Queensbury at the opening ceremony of the five day Entrepreneurship Boot Camp organized by the School of Business and Entrepreneurship of the AUN, in Yola.

According to Dr. Ahmad Hosseini, the Dean of the School of Business and Entrepreneurship, AUN, the award is presented to “one or two successful Entrepreneurs in recognition of their attainments”. “After much deliberation, our selection committee selected Mr. Okere as the recipient of this year award. And, the recommendation was approved by the School President Professor Ensign and the Founder of the school, His Excellency, Atiku Abubakar”, he said.

This follows a series of similar recognitions for Mr. Okere in many parts of the world. Recall that he was recently named Africa’s Patriotic Personality for the year 2016 by The League of African Development Students (LEADS Africa). He is also a recipient of the NCS Special Presidential Award in 2016, in recognition of his invaluable contribution to the growth and promotion of ICT and enhancement of professionalism in the sector and was listed on UK’s C.Hub Magazine’s 100 Most Influential Creatives in 2016.

Mr Okere is an entrepreneurship enthusiast. He is focused on mentoring and inspiring young people around the globe to achieve their full potential. He also facilitated the “Lean Launch Pad Block Week” with serial entrepreneurs, Steve Blank and Bob Dorf, co-authors of the bestselling Start-up Owner’s Manual at Columbia Business School, New York. He recently delivered the keynote speech at the Youth Entrepreneurship boot Camp of the American University of Nigeria (AUN), held in Yola.

He is an Entrepreneur in Residence at the Columbia Business School (CBS), New York and a member of the World Economic Forum (WEF) Global Agenda Council on Innovation and Intrapreneurship.

Austin Okere also serves on the Advisory Board of the Global Business School Network (GBSN), a body dedicated to advancing the cause of knowledge sharing to inspire and transform business education across the globe. He is an incumbent member of the Governing Council of the Institute of Directors of Nigeria, as well as the Advisory Council of the Association of Telecommunication Companies of Nigeria (ATCON) and a Fellow of the Nigerian Computer Society (NCS).